Certain cannabinoids in the cannabis plant fit receptors on our cells like a lock fits a key.  THC and CBN are two of the more than 60 cannabinoids known to fit in such a manner.

CBD does not have this lock and key ability with the CB1 or CB2 receptor. CBD does influence how other cannabinoids like THC interact with our receptors. One influence CBD has on THC includes reducing or blocking the psychotropic (intoxicating) effects of THC.

One-way traffic to nerves is the main cause of inflammation in the body and is an underlying issue for many conditions.(2)

Without two-way communication, the immune system launches an attack, leaving the nerves no way to tell themselves to calm down.

Studies show when you add cannabinoids to the equation,  two-way communication is restored, resulting in reduced inflammation.(3) (4) (5)

Over 100 years later and here we are with so many chemists & scientists working to create medicines synthetically to do exactly what natural cannabis is already capable of doing.

Why do humans always think we have a better way of doing things than nature?

Cannabis is one of the first plants used as a medicine, for religious ceremonies and recreationally. The first accounts of its use for these purposes stretch back 5,000 years, and yet, with all we know now, there is still so much more to be learned about this medicinal plant.

Later as scientists tried to learn more about  the metabolic pathways of Phyto cannabinoids and endocannabinoids, they came upon an undiscovered molecular signaling system within the body that is involved in regulating a broad range of biological functions. It was named the Endocannabinoid System (ECS) due to the role cannabis played in its discovery.(6)

The last couple of decades more and more has been discovered about this molecular signaling system and the medical use of cannabinoids (7), however, it is still not taught in medical schools. 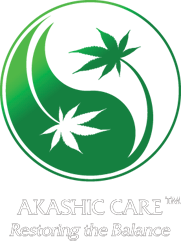 Whole plant cannabis has not been evaluated by the FDA and therefore no cannabis products can make medical claims to treat, cure or prevent any disease. Nothing contained on this website is intended to convince patients to use cannabis instead of receiving professional medical care. Consult with a qualified Medical Marijuana Doctor before taking new medicine and USE RESPONSIBLY.